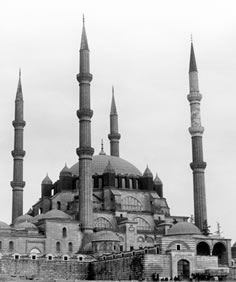 Despite the conditions under which Bahá’u’lláh and the rest of the exiles lived in Adrianople, His teachings continued to spread.

A greater flow of writings than ever before came from His pen and they were distributed by His followers to places as far away as Egypt and India. "Day and night," an eyewitness has written, "the Divine verses were raining down in such number that it was impossible to record them."(12) A number of secretaries working day and night were unable to keep up with all that Bahá’u’lláh dictated during this time.

Photo 3 of 9: The Mosque of Sultan Salim in Adrianople. 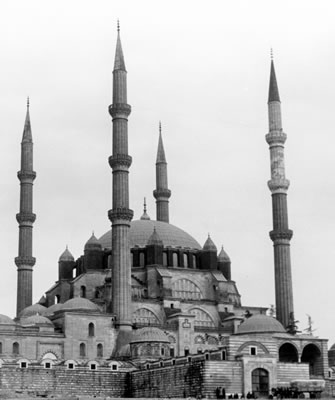 The Mosque of Sultan Salim in Adrianople. (Dan Engle, 1971)