The life of Bahá’u’lláh and the events associated with the birth of a new revelation from God unfolded in the 19th century in the Islamic world of Iran and the Ottoman Empire.

The stern control of those two central powers dictated Bahá’u’lláh’s movements His entire life, starting in what was then called Persia, where He was born. 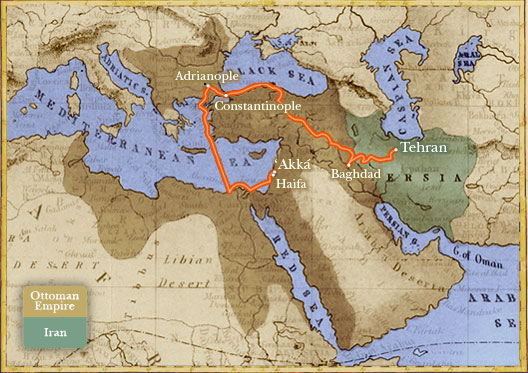 Map with overlay depicting the approximate boundaries of Iran and the Ottoman Empire in 1850 and the route of Bahá’u’lláh’s forced exile from His home in Tehran to the prison city of ‘Akká. Map with modern names and borders. 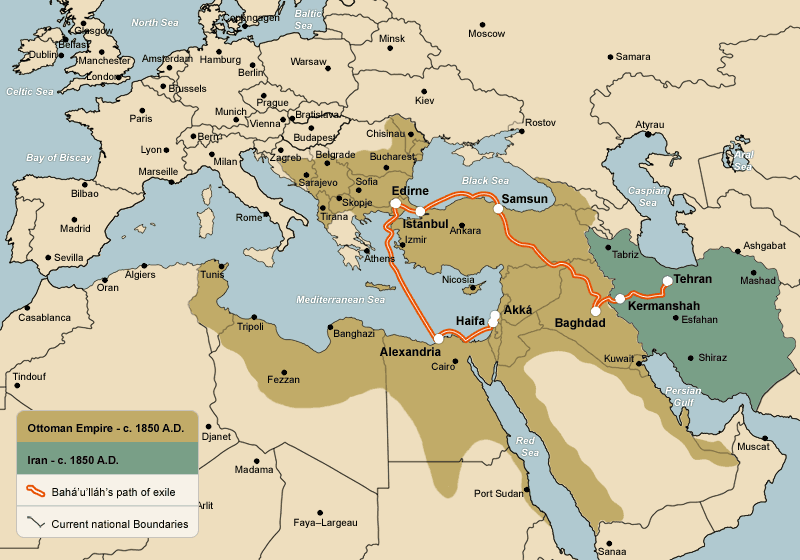 The route of Bahá’u’lláh’s banishment across Iran and the Ottoman Empire superimposed over the major cities and boundaries of countries today.(Bahá'í World Centre archives)