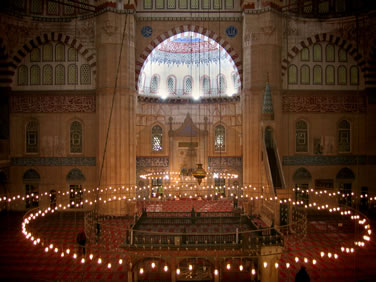 In these letters, Bahá’u’lláh openly proclaimed His station as a Messenger of God. He urged the leaders to pursue justice and disarmament and exhorted them to band together into a commonwealth of nations, warning them of the dire consequences should they fail to establish peace.

Photo 7 of 9: Interior of the Mosque of Sultan Salim. 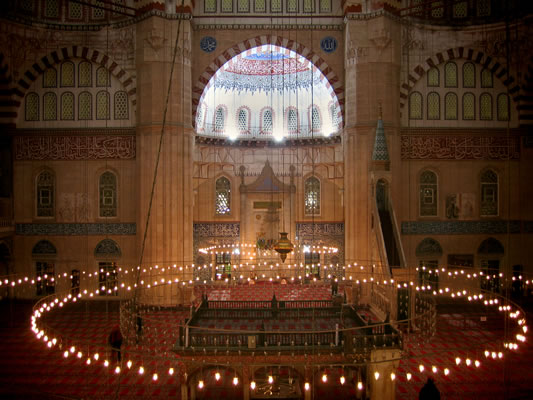 Interior of the Mosque of Sultan Salim. (Anjali Pala, 2006)