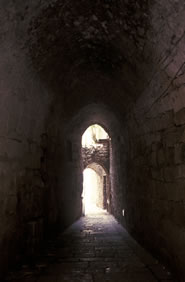 ‘Akká was surrounded "by a double system of ramparts; was inhabited by a people whom Bahá’u’lláh stigmatized as 'the generation of vipers'; was devoid of any source of water within its gates; was flea-infested, damp and honey-combed with gloomy, filthy and tortuous lanes." Bahá’u’lláh in His letter to the Sultan of Turkey wrote that ‘Akká was "the most desolate of the cities of the world, the most unsightly of them in appearance, the most detestable in climate, and the foulest in water. It is as though it were the metropolis of the owl."(16)

Photo 3 of 34: One of ‘Akká's narrow public passageways. 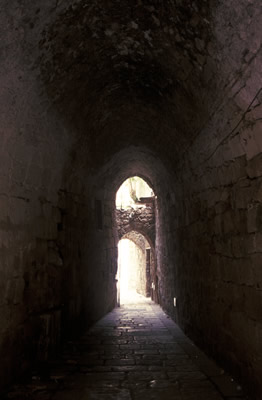