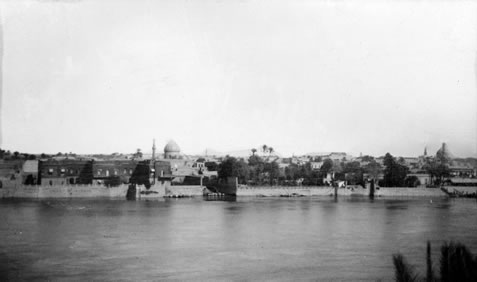 Bahá’u’lláh had been in Baghdad for ten years. Fearing that His growing acclaim would re-ignite popular enthusiasm in Iran for the new religion, the regime of the Shah successfully pressed the Ottoman authorities to send Him farther away.

In April 1863, before leaving Baghdad for Constantinople (Istanbul), Bahá’u’lláh and His companions camped in a garden on the banks of the Tigris River for twelve days. Bahá’u’lláh told these few friends that He was the Promised One foretold by the Báb — foretold, indeed, in all the world's scriptures. Today, the most joyous of Bahá’í holy days is the Ridván Festival, which celebrates the anniversary of those twelve days.

Photo 5 of 5: Historical view of Baghdad and the Tigris River. 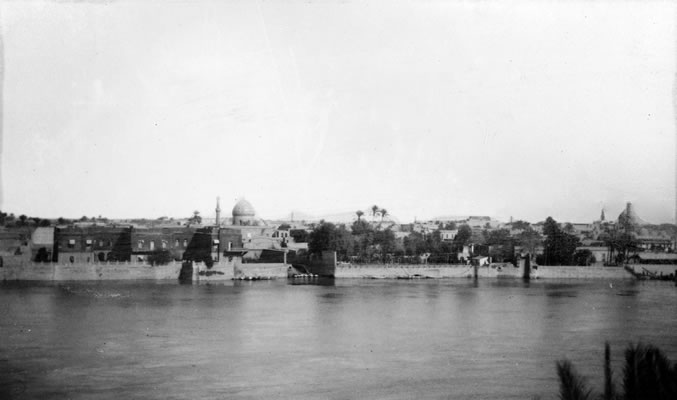