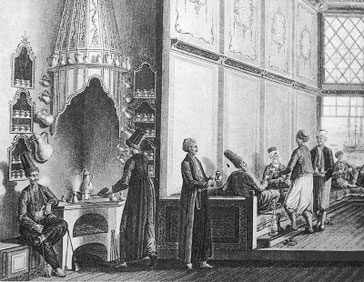 In 1856 Bahá’u’lláh rejoined His family and the other Bábís in Baghdad. Under His renewed leadership, the stature of the Bábí community grew and His reputation as a spiritual leader spread throughout the region.

Bahá’u’lláh wrote some of His most renowned works in Baghdad, including the "Hidden Words," "Seven Valleys," and the "Book of Certitude" (Kitab-i-Iqan). His writings alluded to His station, but it was still not the time for a public announcement.

Coffeehouses in Baghdad provided places for theological and philosophical debate and inquiry. Bahá’u’lláh frequented such coffeehouses, and the refinement of His exposition and the beauty of His language attracted many people.

Photo 4 of 5: A 19th-century Ottoman coffeehouse. 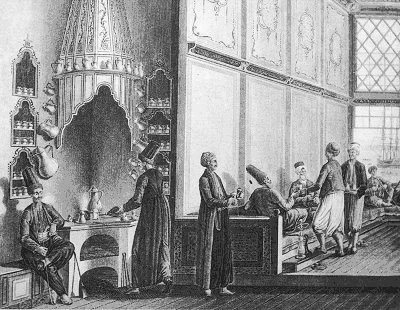