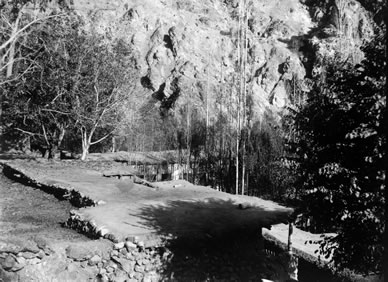 In 1844, a youth named Siyyid 'Alí-Muhammad arose in Iran to proclaim that the great day of God awaited by all religions had come. He called Himself the Báb, which in Arabic means "the Gate." His teachings shook the country to its core and spread rapidly among its most notable people. Bahá’u’lláh took one look at the writings of the Báb and proclaimed: "… Whoso believes in the Qur’án and recognizes its Divine origin, and yet hesitates, though it be for one moment, to admit that these soul-stirring words are endowed with the same regenerating power, has most assuredly erred in his judgment and has strayed from the path of justice."(5) Bahá’u’lláh immediately became one of the most active of the Báb's followers.

Photo 7 of 12: Murgh-Mahallih, Bahá’u’lláh's summer residence in Shimran, on the lower slopes of the Elburz Mountains, Iran. 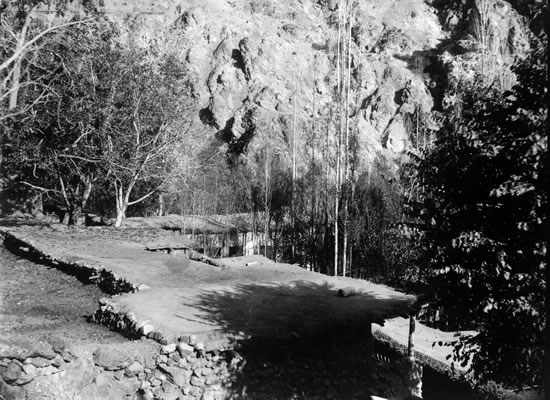